The power of digestive enzymes

Background Information
Enzyme formulas are said to help in maximising nutrient digestion, by aiding the enzymes produced naturally in the gastrointestinal tract to carry out their function more efficiently.  It is thought that some people can be lacking in these enzymes, for many reasons, and therefore the food they eat is not properly broken down.  This can then lead to gastrointestinal disturbance, such as bloating, excess gas and poor bowel regularity.

Incomplete digestion of foods is also thought to be a major contributor to the development of several health problems; such as the development of sensitivities, an imbalance of gut flora and the build up of toxins.  People may take 1-2 capsules at the onset of a meal to support digestion.

Put to the Test
I took two bowls and put an equal amount of jumbo oats into each bowl.  I then also poured 100ml of water into each of the bowls.  Into one I emptied the contents of three capsules of digestive enzymes, and left the other as a control. 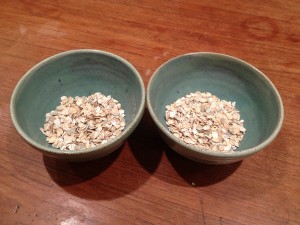 I came back several hours later to see what had happened…. 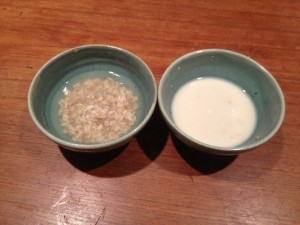 The two bowls looked remarkably different.  In the first bowl the oats were still intact, although obviously mushier then before.  In the second bowl they had been broken down by the digestive enzymes to such an extent that the water now looked like milk. 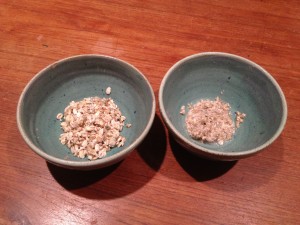 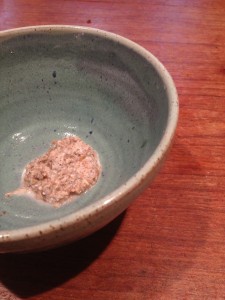 When I strained both of the bowls to remove the liquid I could see that the digestive enzymes had reduced the oats to almost 50% of their original size.  This was really quite impressive! 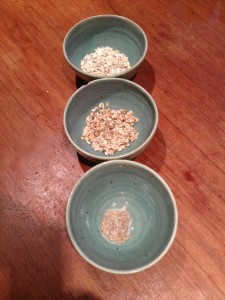 The above experiment was conducted with 3  Similase capsules.  Similase is   produced by Nutri Ltd, and is available from The Nutri Centre

Shine like a star!
View all posts by Katie Clare →
This entry was posted in Front Page, Uncategorized and tagged digestive enzymes. Bookmark the permalink.